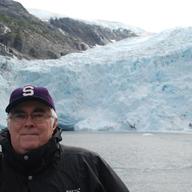 I'm usually a solo traveler. I've visited Europe about 15 times with visits that lasted from 2-11 weeks. I've hitchhiked from Cambridge to the Orkneys, to the Outer Hebribes, around Ireland. I've used Eurail, and month-long French Rail passes. I haven't visited the Scandinavian countries, Greece, Poland, Russia or the countries that formerly made up Yugoslavia, but have spent time in Germany, Austria, Italy and the Czech Republic. I spent 6 weeks in Egypt in 1978, from Alexandria to Abu Simbel. I visited Australia for a total of 2 months in 91-92. I've also traveled extensively in the Western U.S. and know my way around the Spring Training ballparks in and around Phoenix AZ. I usually seek out bargain hotels and rely on public transportation and my feet when touring in Europe or Australia.

AMedford to Talent (Oregon): Is it faster to take hwy99 or take freeway

I checked Google Maps this morning. At about 5am, either Hwy 99 or I-5 would get you to Talent in about 15 minutes. The estimate sounds good to me. See More

I've stayed at Motel 6 Medford, OR​ (S. Medford) a few times. It's only about 10 miles (20 minutes) to the Oregon Shakespeare Festival​ theaters. See More

I think I'd stick to I-84 until you near Portland. At that point, you could head toward Tillamook, Cannon Beach, or Seaside, then north to Astoria, east to I-5 near Longview, then north to Seattle. Following  I-84, you'll pass through Pendleton (Pendleton Roundup?),... See More

I checked Google Maps and found a few routes that should bring you into Phoenix in about 20-21 hours. The run across Nevada is an hour shorter but offers fewer places to stop. The I-5/210/10 run is at least an hour longer, depending on traffic, time of day, and day of the... See More

Your route may be affected by seasonal weather. As of August 21, 2018, forest fires rage throughout California. 300,000 acres have burned around Mendocino​. During the winter and spring, mudslides have closed parts of the PCH through Big Sur​.... See More

ATrinidad (California): How long to stay in Trinidad California, whilst on a road trip

California is in the midst of a terrible fire season. I read that fires are raging near Mendocino. I think you should check the weather maps and forecasts. The fires seem to be widespread. See More

ALondon: What to do in London with someone whos already been there?

No matter how many times I visit London, I know I'll find something new on a West End theatre stage. A visit to tkts.co.uk and to timeout.com could help you find what's playing and how to save money on tickets. The Globe Theatre and National Theatre sites will also... See More

ALondon: Staying near the Waterloo station-safe or not? Rundown or nice?

The area near Paddington Station has many hotel and B and B options, pubs and restaurants and good underground, bus and Heathrow connections.    Pimlico/Victoria also offers options similar to those near Paddington as well as good bus connections to the West End. See More

You could stay in Seattle and visit Woodland Park Zoo​ and see clouded snow leopards, Grizzly bears, lions on a savannah, and gorillas with their own outdoor habitat. Green Lake​ is nearby; a walk around the lake is about 3 miles.... See More

AParis: Help me if i need some adjustment for my itinerary

You've got the right idea. You know how you like to spend your time, so you might as well go where you want, see what you want to see, and suppress those inner voices from friends and family who tell you what you "should" see. Paris is one of my favorite places... See More