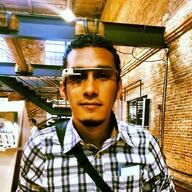 Marvin was born in September 13th, 1989 in Santo Domingo, Dominican Republic. He migrated to United States in 2004 when he was 14 years old. Since his migration, he has lived in two different countries and three different states of USA (New Jersey, South Carolina, California). Marvin has several hobbies. He loves to take pictures of his travels. The most exciting places he has visited has been Hawaii, France, Puerto Rico and Las Vegas. His other hobbies are playing video games, swim, watch and collect movies, workout, play table tennis, and play air hockey.
marvinandujar.com

QChristchurch: What are the best things to do in Christchurch, New Zealand?

QSeoul: What are the best and affordable restaurants in Seoul?

I will be close to the Coex center at Seoul, South Korea. I would like to know the best restaurants, but affordable at the same time. I will be there for a week. See More

APunta Cana: Trying to find a nice hotel on beach front with calm waters for swimming

The  Iberostar Grand Bavaro Hotel ​ is a pretty good hotel with a good beach and pool. The beaches in Punta Cana are very well known worldwide, so it any hotel would have a good beach. I would safely say this hotel has calm waters,... See More